I’ve read a book I can’t stop thinking about it.  It reminded me of the premise of Running Man, a science fiction novel by Stephen King (but was released under the pseudonym of Richard Bachman in May 1982)  and then made into a movie starring Arnold Schwarzenegger five years later.  It’s by a new author I have found and started beta reading for. It’s a continuation of the prequel Dystopian Nation City-of State-How to kill Your Senator that sets up the back story for the characters and the dystopian society they live in. I suggest you read this novel first to get to know these people and the world they’re surviving in. I really enjoyed the plot twists and turns and how easy it was to get into these characters heads in this dark, surreal thriller. 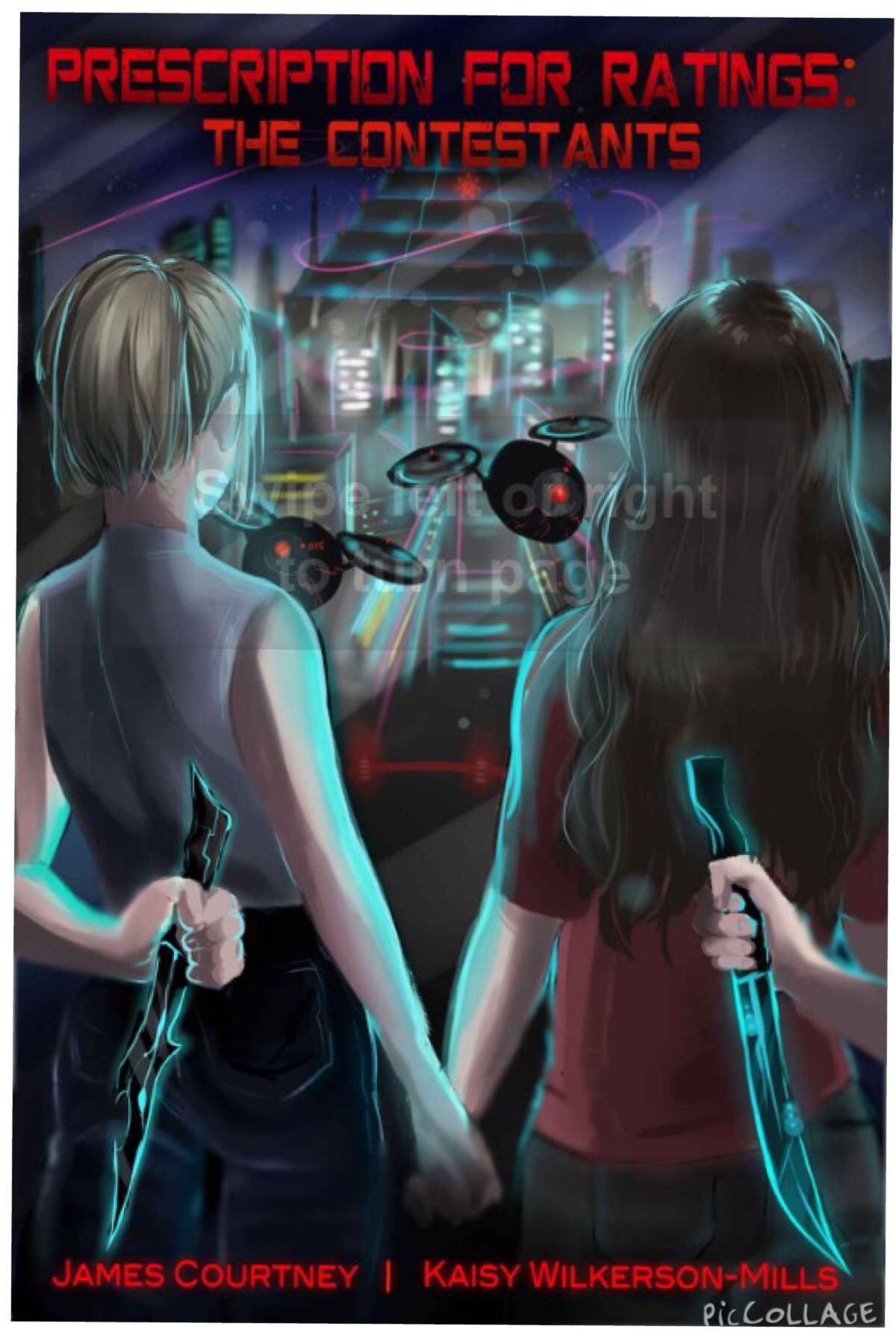 Dystopian Nation: Prescription for Ratings by Kaisy Wilkerson-Mills and James Courtney is the Big Brother TV show meets the Hunger Games series by Suzanne Collins. The story starts out with introducing us to Dr. Tyler Wright who works at the National Hospital on Layer 7. We soon learn of Tyler’s career ambitions and how torn he is to aspire to them. The committee that he’s now part of begins to introduce him City States new contestants of the TV reality show. Chelle, Harvey, Faye, and Kenneth. They all sit in this glass house eating dinner while population of City State watches eagerly to see what will transpire.

Chelle– wife of Harvey has been living a wonderful life in D Class layer 7. Things take a turn for the worst and she finds herself a contestant in the reality show.

Harvey– husband of Chelle, has a comfortable existence working at the air car plant. He loves his wife but is a bit complacent with his career direction. Which then leads him to being a contestant along with Chelle.

Faye-Nineteen year old sister of Kenneth who wants a better chance at life than living in the slums of layer 6. She leaves behind her family and ends up on City States new reality series.

Kenneth-younger brother of Faye desperate to stop the fighting and physical abuse his sister suffers from their Mother; the verbal abuse and co-dependency he has inflicted on him daily. He finds himself following in his sisters footsteps of being a reality tv show contestant.

What follows next you have to read to believe! As the scene changes and it’s every dog for themselves. The writing is superb as Kaisy and James make you really care about these characters and the lives that they’re living. The ebook is now available on Amazon today. Please give it a read and a review and support new authors and their talents. Thank you. ?

City of State-Television Prescription for Ratings- The Contestants

Dystopian Nation City of State-How to Kill Your Senator

Excerpt from City of State Television Perscription for Ratings-The Contestants

“Tonight is the end,

so forget your friend,

and grasp at a chance for glory.

but what’s in store is a house of horrors-