Today I’m participating in my first Love is in the air blog hop. There will promotions, prizes, and stories of love and romance. Hop on board while I share my story and make sure to visit all the blogs on the list. Thank you, now onto the fun. ?

I’m going to share a story and it will either inspire you, make you giggle, or run for the hills! My love story it started innocently enough when I met my love at a hockey game with my sister. After the game I went to this party and met the goalie. We talked, we laughed, and I was hooked on his vibe. I was younger by about five years but didn’t matter to me I had just met the man I was going to marry. He didn’t know that yet though. I had developed a huge grade A crush on the goalie but only my Mom and my Gram knew about it. 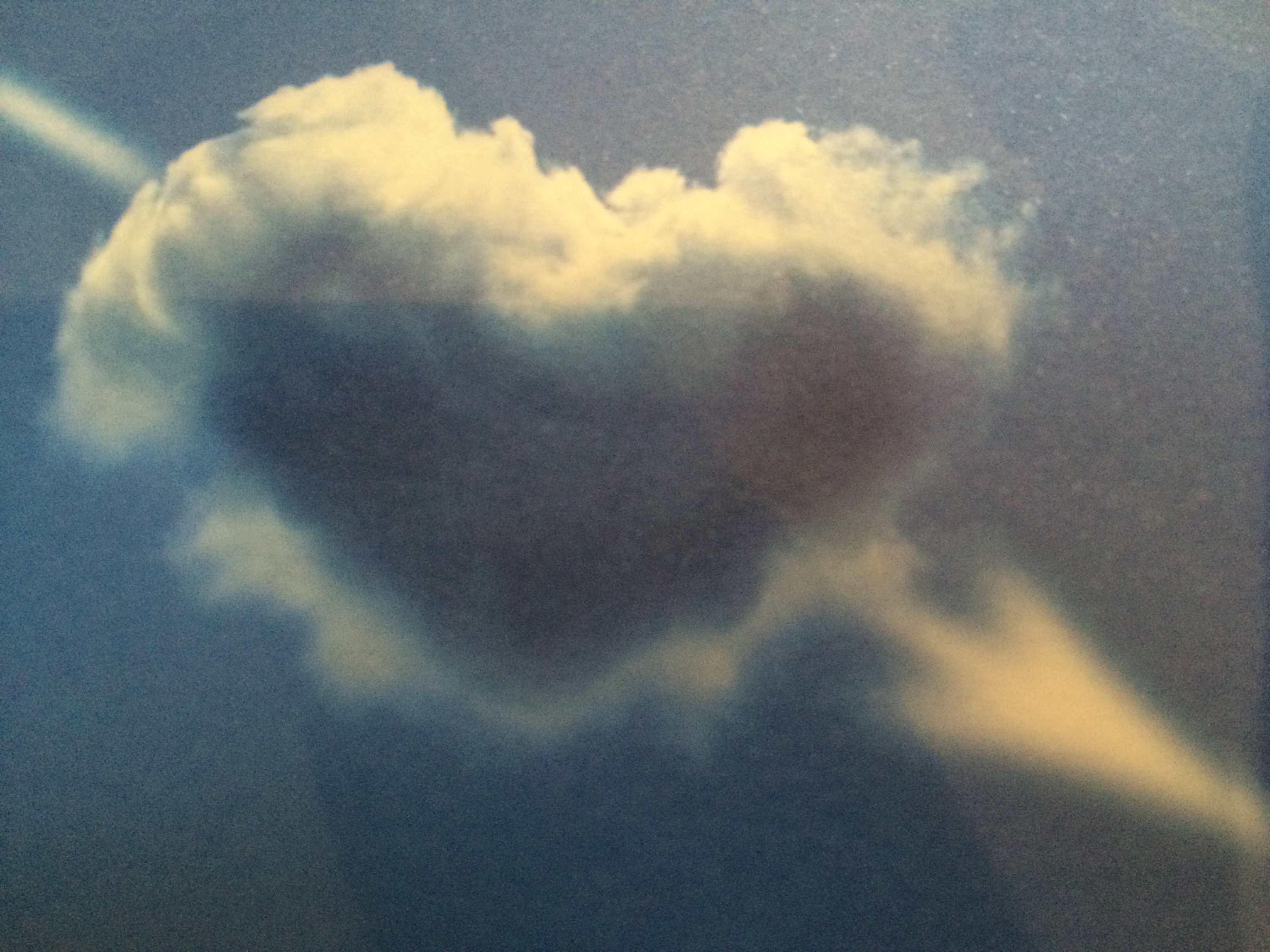 Time passed by and the goalie graduated and moved out of town. I had secretly kept tabs on him over the years. And our next meeting was at a friend’s funeral that I attended. Then I heard he moved out of the province and I once again inquired of his whereabouts. I ended up moving to the same province before I graduated. I tried to track him down but alas, it wasn’t meant to be. I met a couple of guys along the way, dated one, and had a long distance relationship with the other. It was fun for awhile then I was homesick, so I moved back to my hometown. I wanted to graduate with my friends so I left my past behind and looked towards my future.

Shortly after I moved back I heard the goalie was back in town. Life carried on and since we were in a small town I knew he was working and I was preparing for my graduation.

Then I started planning a friends birthday party. Everything was going great as the party was in full swing. I was collecting empty bottles and filling up snacks and a party crasher walked in. I went up to to confront him and some bantering ensued. I saw he was wearing a Dallas Cowboy hat so we chatted about football, as that’s my favourite team. My curiosity got the better of me as this mystery man wouldn’t tell me who he was. So I took off his hat and looked into familiar eyes when I realized it was the goalie! We were inseparable the rest of the night and I sat on his knee and chatted about that time from long ago.

He eventually left in the morning because he had to work. We parted ways with kisses and hugs and exchanged phone numbers. I couldn’t wait to see him again! A week had passed and I hadn’t heard from the goalie, so I took matters into my own hands and called him. He seemed happy to hear from me so we arranged a date. He picked me up and I introduced him to my family. He was polite and funny and we happily went on our way. The movie we saw was King Ralph and although John Goodman’s a great actor, he couldn’t hold my attention for long with my goalie in the room. After the movie we drove down to the golf course and went for a walk.

We talked and enjoyed each other’s company. Our first kiss was on the first hole and one I’ll never forget. He literally made me weak at the knees, and I was hooked on my goalie man.

It wasn’t an easy relationship as the age difference made a difference with his friends. There was comments about my age, yet my friends could care less. I continued on the road to  my graduation day, and my goalie was working a lot. We spent as much time as we could together and looked forward to to getting to know each other. As the months carried on he found his way into my heart and my bed. I couldn’t get enough of him he was like my drug and I was his. Graduation day came and I introduced him to the rest of my family. My sister hadn’t seen him since she graduated,  and was quite shocked that he was my boyfriend. I couldn’t have been happier and my thoughts turned to a future starring only my goalie in the main role. 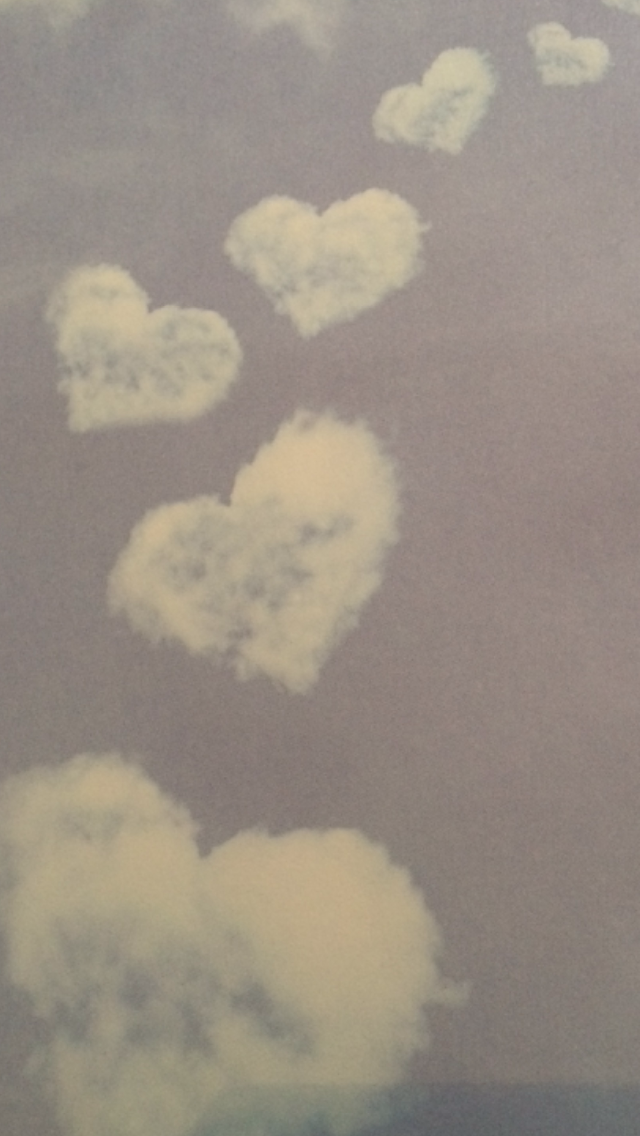 In the fall I moved out of town to attend college but still came back to see my boyfriend on the weekends. I knew we were meant to be so I worked even harder on our relationship. He moved in with his roommate and I continued my studies. He started a new job working with his best friend. I didn’t get to see him much with his work schedule of working nights. I finished my semester and came back to town, and found work while continuing my schooling. I have to admit though love was in the air and my thoughts were only of him.

An economic recession hit our town and his hours dwindled and he was struggling to make ends meet. A job opportunity came up for him to move away for a couple of months. He began working for a short term position, so he took it. I wrote him a letter each week and went up to visit before Christmas. I will always be grateful for that time as it was my cousin who got him the job. Him and his family opened up their home to him. This first temporary transfer started my love on the path to his career. My goalie was becoming a working man wearing a uniform and goaltending less. I was really happy for him, but I sensed change was in the air. I’m always right about these feelings, and sure enough he was asked to come back to the new job in a more long term position. So we sat down and decided what the next move would be. Either we parted ways as friends or we continued our relationship. We chose to remain together and found a home to start this new chapter of our lives.


It was an exciting and stressful time as I had to find work and move into our new home. The first year of any relationship is the hardest one. I loved him and I was determined that we were going to make it. It wasn’t easy and there was many times I cried a lot and wanted to be more than the girlfriend. He wanted to be with me but marriage wasn’t what he had in mind. So we continued living together and I became stronger in my self worth and concentrated on establishing my own career. I had finally decided what I wanted to do with my life so I went full steam of ahead with my plans. I found a job working in my profession as well as a part time job to supplement this goal.

I put my thoughts of marriage and family on the back burner and settled into a happy lifestyle. We were in love and committed to one another and that was all that mattered. After many years and thirty five weddings attended we got engaged. It was such an exciting time as I was on the road to getting all that I wanted. That can be exhilarating and scary at the same time. We had a fabulous wedding and got married in our hometown with all our friends and family in attendance. The church had a historic significance as it was the one that my Great Grandfather helped build. The greatest compliment ever told to us was that it was like we just found each other. Not a couple that had spent a lifetime together already. Our love for each other shined through with a force of a thousand suns. 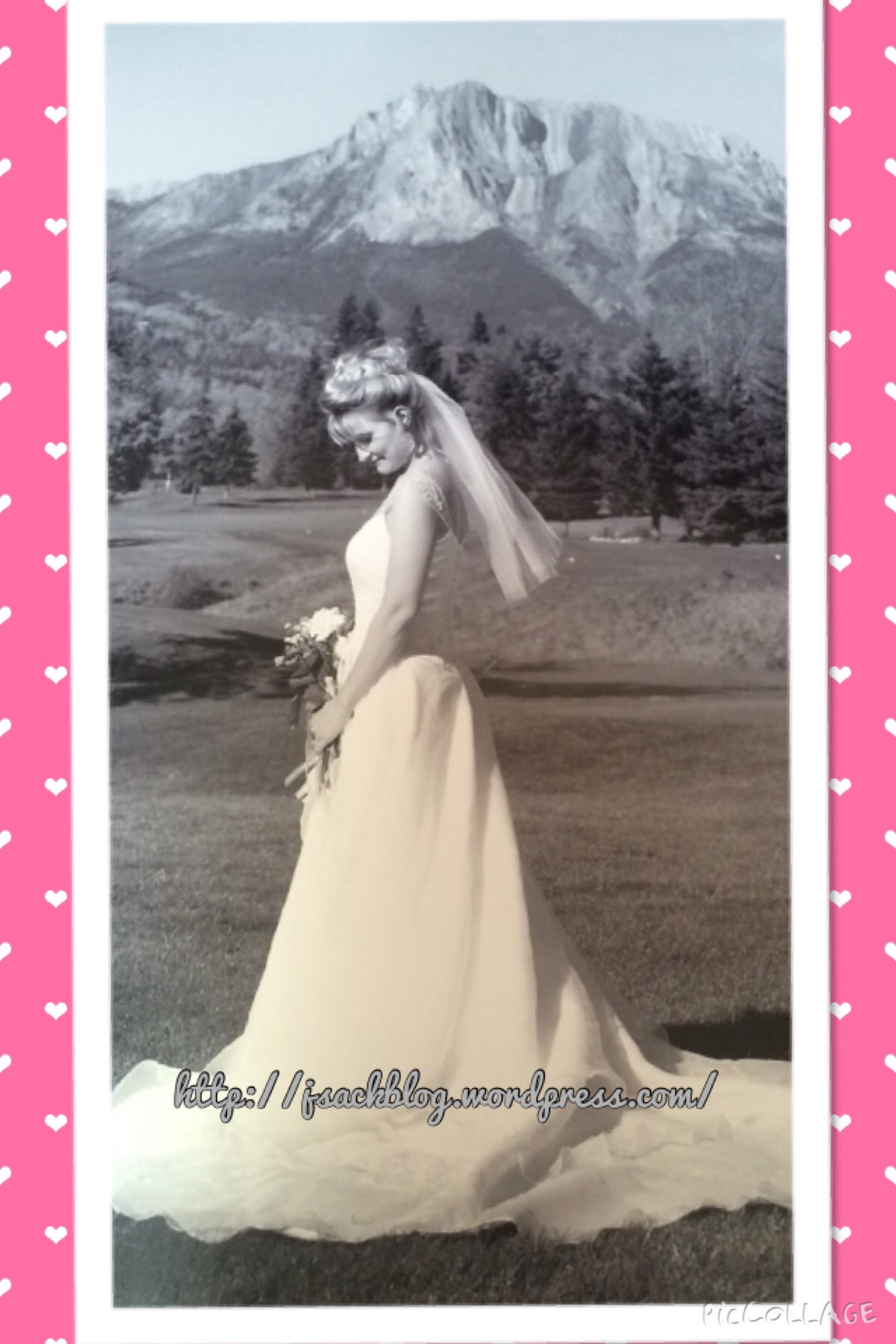 One of the most romantic events was the gift I gave to my husband. I wrote him a song and made a demo of it, and had it played at our wedding. We danced to it and looked into each other’s eyes. Time fell away and in that moment there was only us. He soon realized it was me singing and he hugged me so tight I thought he was going to crush me! Oh how I loved that moment and wanted to freeze it in time. ? 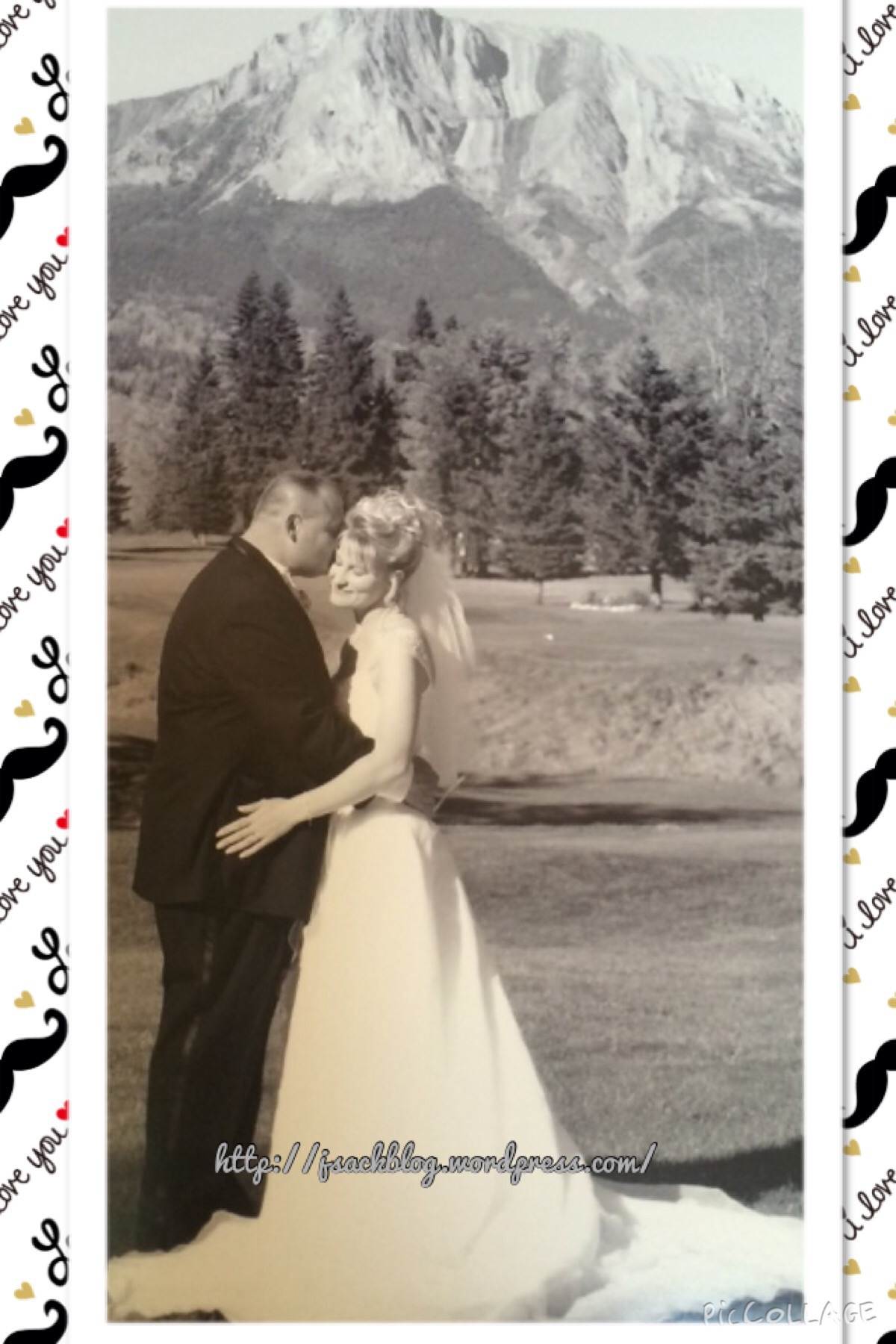 Our honeymoon was on the Oregon coast as this was plan B since our trip to New Orleans was cancelled due to Hurricane Katrina. I knew we were meant to be in Oregon, as it was a magical week of discovering and exploring the beautiful coastline. Our  time there came to an end and we had to go back to reality. We settled into our routine as a married couple and change was in the air again in the way of a job transfer. Off went my husband to a new city and finding us a place to live. I stayed behind and continued working while packing up our house and hiring the moving company. In the new year we had found a beautiful new home, and found out that we were becoming a family. In that first six months of our marriage we did more living than all the years prior!

We got married, bought a house, and got pregnant. Now here we are twenty five years later, married with two precoius sons, four job transfers later,  and living a happy life. There’s been bumps in the road of marital bliss but nothing we couldn’t handle. I knew our love was meant to be from the first moment my husband made me laugh,  and I got butterflies in my stomach. All these years later I still feel that way about my loveable goalie man. 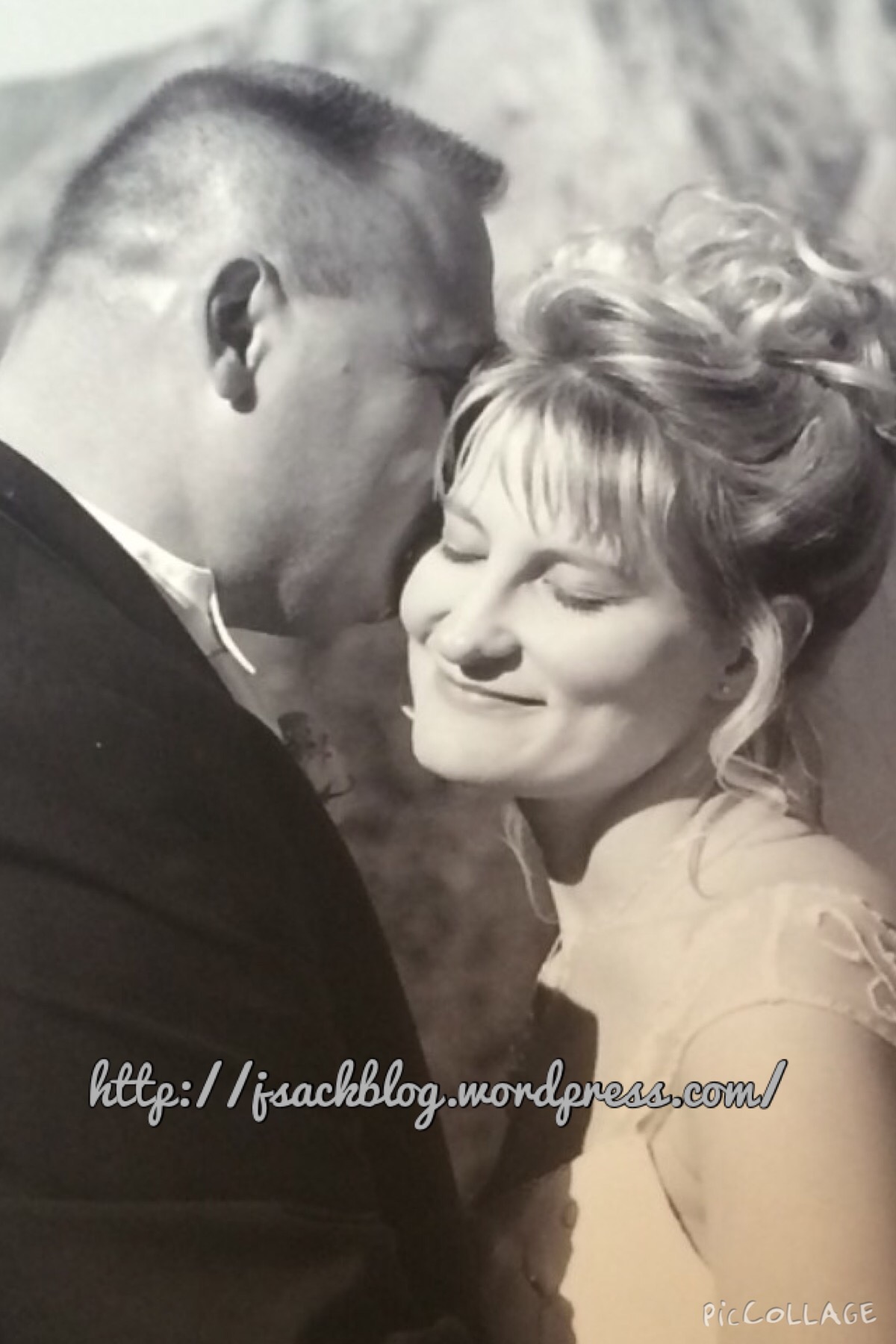 Is there a time in your life when you knew that someone was the one?

Tell me all about it in the comments below. Please visit all the other blogs in the blog hop for your chance to win the grand prize and read some great love stories.

Special thank you to P.T. Macias for inviting me to be part of this exciting event. You can find her awesome self on her blog. Please go there to enter for the grand prize of an Amazon gift card! 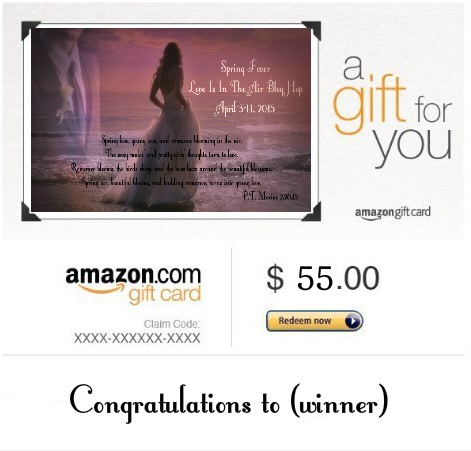 You can purchase it here:
http://www.amazon.com/dp/B00RY8OLZQ 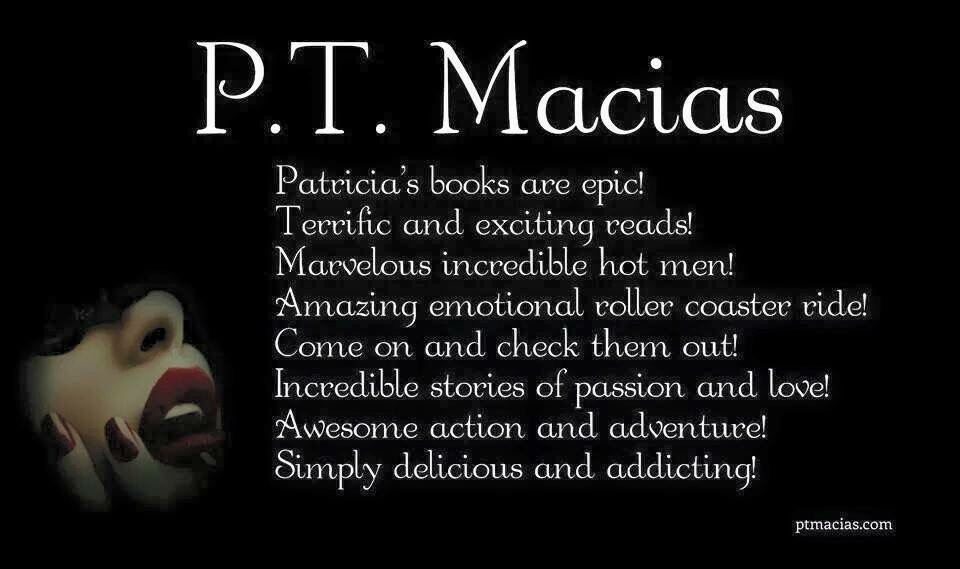 16 thoughts on “Not your Ordinary Love Story”