Today in Canada is #BeIl Lets Talk campaign to raise awareness for mental health. For every tweet with #BellLetsTalk Bell Canada will donate five cents to Clara’s big ride across the northern part of Canada. I’m a great supporter of this cause as it’s one close to my heart. I had a very amazing and fortunate experience to meet one of it’s spokeswoman last year Clara Hughes.

Last year she stopped into the town of Hope, BC while on her ride for Hope to share her message. Clara was on a mission to cycle across the provinces of Alberta and British Columbia to end the stigma associated with mental illness. This year she took a 110 day journey and 11,000 kilometers visiting 95 communities, and over 80 schools along the way.

She has been the only athlete that had won gold in both summer (cycling) and winter (speed skating) in the Olympics. She has also struggled with her own mental health and she spoke of her journey with courage, kindness, and bravery. She spoke very candidly about herself and I hung on her every word that night. And when I had a chance to meet her and shake her hand I was literally in awe of her beautiful spirit, honesty, and sensational smile. The most recent quote I read of hers is my favorite.

“I cannot be the only one and I’m not the only one trying to make a difference,”
“We have a long way to go but the shift is starting to happen.”

Today I’m going to share my personal journey with my mental health. I was a happy, curious, bright, and rather serious child. I was in family therapy at the age of twelve to deal with some family issues regarding my parents separation. I was to decide by then who I would choose to live with. I chose my Mom and I grew into a sullen, hell raising teenager who was sent to live with my Dad and step Mom By the age of fourteen, I was diagnosed with depression and insomnia.

I refused to take medicine for it and opted for eating healthier. I struggled with it right up to the age of sixteen. I still opted for no antidepressants and chose a healthier lifestyle. It was when I had graduated, moved out my house and gone to college that I realized I couldn’t keep my demons inside my mind silent any longer. I saw my family doctor and she diagnosed me with anxiety at the age of twenty. I got through my first semester of college and then I decided it was enough and returned to working.

The deadlines, going back and forth to my boyfriends while living on my own, the loneliness and stress got to me so I dropped out. Fast forward in time when I was married and expecting my first baby at the age of thirty-three and I was suffering with anxiety, stress, while working full time on a part time job. My saving grace was my yoga classes that I was teaching at the time. I could relax, meditate, and put myself and my clients first. My son was born via an emergency Caesarean section. About three months into Motherhood I developed Post Partum Depression. It was a difficult journey and I made it through only to have my Dad die two years later.

Grief, raising a toddler, and living far away from my family were the conditions that created a time bomb; that was ticking and waiting to explode! I went into therapy with a PPD support group for two years. I then became pregnant with my second child after trying to conceive for a year when my son was almost four. My Mom became very ill and died while I was eight months along. My world was sent into a tailspin and I prayed I would survive it. My baby was born at nine months, a month premature and spent two weeks in the NICU.

I realized then that no Mom was an island and I went on antidepressants for the first time and enjoyed a bubble of calm while raising my sons. I got through that grief period by attending a grief recovery program and really leaning on my family and friends. I’ve had insomnia since I was very young and gave birth to non sleepers. Eventually my oldest slept through the night at fifteen months, and by the time he was three he was sleeping through consistently. We had moved right after he turned five, and my baby was ten months old. This was our third move due to my husband’s career.

Life in a hotel, no friends, lack of sleep, lots of stress with an incessant rain clouding my mind and heart; I sank into a deep depression. I found a doctor and she renewed my prescription and then diagnosed me with SAD (Seasonal Affective Disorder). I was only a year into my grief journey with my Mom when we moved into the hotel, while attempting to sell our house in another town. At that time I had noticed developmental issues with my baby at eighteen months. He was meeting milestones albeit later than most. Although he did walk early bouncing between beds in the hotel room. So there were some bright moments for me to hang on to.

I took him to the Doctor and was given a pat answer he’s a busy boy who’s hardly sleeping, you’re sleep deprived here’s a handout. After being fed lip service and sent on my way, I talked to my health nurse and she directed me to resources to look into ideas to help while coping on team no sleep. There was my youngest son speech delayed, having trouble with pronunciation, and moving constantly. Climbing everything, high tolerance to pain, eating ten different foods, and hardly sleeping. Then I began the long six month journey to get him assessed at two and half years, while waiting to see a developmental pediatrician.

He saw Child development counselour, Occupational therapist, Speech and language pathologist, and finally the Development pediatrician. Then with the extensive list of concerns came up he was snoring, he had oral fixation issues, hypotonia of the lower jaw which caused him to stuff his food in his mouth till he choked! I still have to watch him closely when he’s eating. After a thorough assessment the doctor said there’s no doubt in my mind that he has sensory processing disorders with Sensory Modulation Disorder being the official diagnosis. At the time he said he didn’t see any signs of autism, but you may want to have him assessed as he gets older.

So I was relieved to finally have something to work with. I went home googled SPD and took the book Out of Sync Child-By Carol Kranowitz out of the library. I finally saw my child on every page and didn’t feel so alone or lack of a better word, like a crazy hypochondriac dreaming up diagnosis’s for my son. Another month went by while I spent late nights researching and listening to my son on a baby monitor. I was on a waiting list to see an ENT and he was diagnosed with a Obstructive sleep apnea. I’ve been on team no sleep for nine years. Between anxiety, post partum depression, grief, insomnia, and heart ache I’ll admit I’ve wanted to run away and hide.

Here I stand today working through the issues one day at a time; as I take a new mental health journey with my sons and keeping my own sanity intact. I don’t have all the answers but I’ve learned over the years what works and doesn’t work for me. By taking care of myself every chance I get is the key to my emotional stability. By keeping hydrated, eating healthy, taking my vitamins, exercising, and catching up on my missing increments of sleep I’ve started to feel more hopeful than hopeless.

I’ve also started to use essential oils to help my children and myself with our anxiety. As that was what got me off of my antidepressants two years ago. Last night I was anxious and couldn’t sleep, I felt wave after wave of emotional energy coming at me as I recently had a wonderful friend pass on. I held my son who was hurting with his restless legs syndrome, and massaged his feet and legs with an oil blend for pain and let him fall asleep on my chest.

I felt like my heart could just burst from my love, grief, worry, and pain. I thought of my beloved Mama who would say this too shall pass honey child. Don’t forget to smile through it, and take care of yourself too. Day by day I listen to her wisdoms chiming in my head and singing the song I wrote for her. I feel a little more closer to her, God and heaven. And I feel blessed as that’s a team that can help me through anything, by letting go and letting God deal with it. 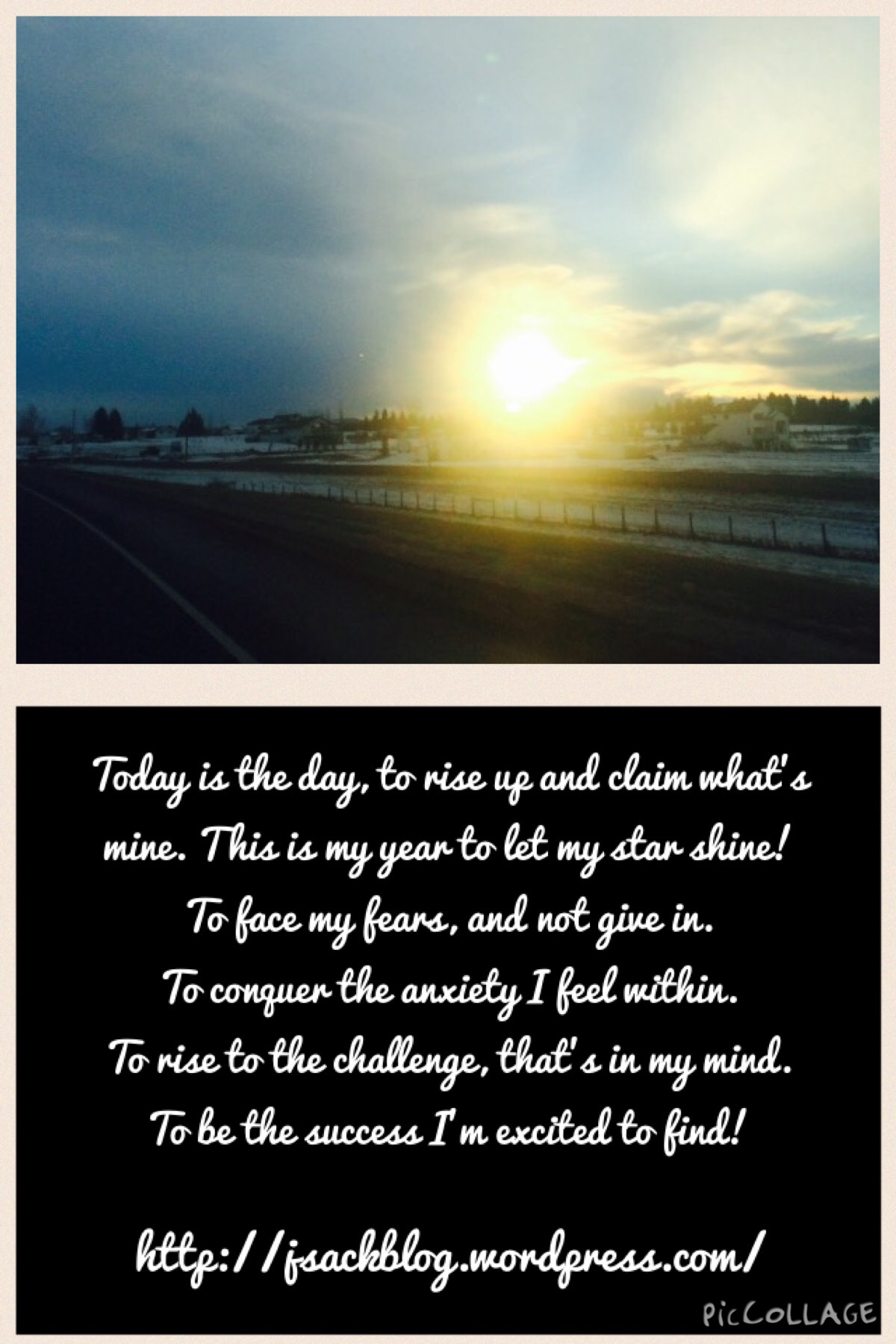